World Tourism Day 2015. The Impact of Tourism on Barcelona, Spain

World Tourism Day is celebrated today, 27 September, in cities all over the world. While the Planet has reached more than 1 billion tourists travelling, today the discussions will take place around the topic of the economic impact of tourism and its potential force to create a better world.

A bit of history

World Tourism Day is celebrated since 1980 and from 1998 the organization named a host country each year to hold the celebrations. Each year’s celebration has an assigned theme, around which all the talks, debates and celebrations are made. The themes range from sustainable tourism, preservation of cultural heritage to women empowerment through tourism. 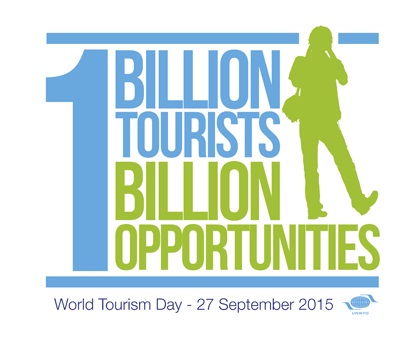 This year’s theme is ‘One Billion Tourists, One Billion Opportunities’. The celebration is scheduled to take place in the city of Ouagadougou in Burkina Faso, but current political instability issues might force the organizers to shift the event to another location. The current discussion revolves around the milestone achieved on 13 December 2012, when the world has seen its 1 billionth tourist. It is about the power of tourism to drive development and build sustainable societies.

‘Every time we travel, we become part of a global movement that has the power to drive positive change for our planet and all people.’

Positive impact of tourism on Barcelona

Barcelona began its explosive growth in the tourism sector after the 1992 Olympics. Before then it did not even have a DMO (destination marketing organization), Barcelona Turisme being founded the following year, in 1993.

The 1992 Olympics transformed the image of Barcelona and put it on the European map of popular cities for tourism.

The positive impact is seen best at the economic level. The tourism sector is one of the driving forces of Barcelona’s economy, together with the manufacturing and fashion industries. Today it accounts for € 20 million per day, 11% of the region’s GDP, with about half a million tourism-related jobs.

Barcelona is not only a leading city for land tourism, but also has Europe’s number 1 cruise port. Last year more than 2.3 million passengers moved through the 7-terminal cruise port, injecting around € 257 million in the city’s economy.

The economic benefits of the tourism sector helped Barcelona be recognized as the Southern European City of the Future for 2014/2015, by the FDi Magazine.

The success the Mediterranean city has among travellers all across the globe starts to see a backlash and talks are abundant about Barcelona being tarnished by too many tourists. A popular documentary called ‘Bye Bye Barcelona’ shows how some of the most emblematic places of the city are being overtaken by tourists, spoiling the authenticity of the local culture.

Barcelona has been also compared to Venice, Italy in terms of high tourist numbers, or to an amusement park with a disappearing historical heritage. The current mayor of the city, Ada Colau, proposed to limit the number of annual tourists, to be able to keep the city sustainable.

Did Barcelona sell itself too well?

These are some of the issues that remain to be tackled, to make Barcelona a sustainable city for both locals and tourists:

In response to these problems and many others, the city council initiated the Catalunya 2020 Vision for Responsible Tourism, a plan to deal with the impact of tourism in the city and manage the development of tourism in Catalonia up to 2020.

If Barcelona will become a sustainable city for tourism remains to be seen.

For more articles like this and other inspirational lessons, sign up to get The Postcard, my biweekly travel & marketing newsletter.

What's your opinion on this? Cancel reply

My biweekly newsletter, called The Postcard, will reach you on Sundays.

You'll get the latest inspiration on travel experiences, life lessons from the road and travel industry news.

Take my word for it